The Fireworks of Quantum Computing

Independence Day in America is traditionally celebrated with, as President John Adams wished, “Pomp and parade, with shews, games, sports, guns, bells, bonfires and illuminations.” It has been 245 years since Adams, Jefferson, Franklin, Washington & Co. declared self-evident rights and independence from British rule on behalf of thirteen united former colonies. And these days Independence Day celebrations also include things President Adams could not have imagined, such as laser light displays, jet flyovers, and multi-media concerts live-streamed around the world.

The United States of America has been a living laboratory of innovation throughout its history. Coviant Software is proud to be among those working to build on the foundation of those who came before to innovate and improve ways of doing business, securely moving data. We are also fascinated at the innovations happening well beyond the realm of managed file transfer, and especially in the field of quantum computing. 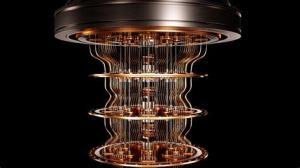 Our CEO Greg Hoffer recently hosted conversations on the topic, “Cryptography in a Quantum Computing World: Will Our Data be Safe?” at the Payments Canada Summit and the Techno Security & Digital Forensics Conference (as well as the upcoming U.S. Fintech Symposium in Orlando this September. We’ll talk more about that in the near future.

But if you’re following what’s new and exciting in quantum computing, here are a few recent articles that might pique your interest.

Even as we bid adieu to a holiday weekend and all manner of Independence Day celebrations, the bonfires and illuminations of innovation will continue. There are fireworks happening—and coming—in quantum computing.