Not sure if you noticed, but Mozilla recently announced it was dropping file transfer protocol (FTP) support in version 90 of its popular Firefox browser. Google Chrome ended FTP support with the release of version 88 in December.

According to a ZDNet article, even though FTP remains a popular, low-cost option for moving files between computers, FTP is “burdened by enough security issues that browser makers are dropping support for the protocol.” 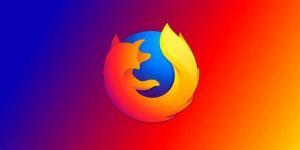 Files exchanged via FTP are sent in the clear and are not encrypted, thus they are inherently non-secure. Furthermore, the article notes the Mozilla’s security team statement regarding FTP’s use as an attack vector for threat actors engaged in malware campaigns.

“The biggest security risk is that FTP transfers data in cleartext, allowing attackers to steal, spoof and even modify the data transmitted. To date, many malware distribution campaigns launch their attacks by compromising FTP servers and downloading malware on an end user’s device using the FTP protocol.”

These security issues underscore the value of managed file transfer platforms that are engineered to be secure and automated. FTP is still used for many legitimate business transactions, and it can be both secured and automated—if done properly. Someone has to take action to either encrypt files before sending via FTP, or write the scripts necessary to tackle those as part of the file transfer process.

When security requires extra steps, history and human nature provide evidence that operators will take the path of least resistance and not secure the files. But when security and automation are engineered as a part of the file transfer process, human error is removed as a part of the equation. That is why so many organizations rely on Diplomat MFT for secure, automated managed file transfers. We build Diplomat to be simple to use, low cost, and secure by default.

Whether sending private financial information, medical records, legal files, or sensitive intellectual property, our customers know they can depend on Diplomat MFT to do the job. If you previously used tools like web browsers to do important FTP transfers, give Diplomat MFT a spin for a cost-effective way to automate, secure, and audit your FTP transfers.

← Prev: Cryptography in a Quantum Computing World: Will Our Data be Safe? Next: Robotic Process Automation: Take Me to Your Leader →
Individual Administrator Accounts