In manufacturing, digitization and technological overhaul is no longer a luxury, it is a necessity. Manufacturers have been digitizing their internal and external value chains, including establishing data exchanges with outside suppliers, collaborators, customers, government entities, and multiple stakeholders within the organization. This adds up to massive amounts of data being transferred daily.

With more data in transit, the risk of data being intercepted and the threat of a hacking incident increases. Industrial espionage is a real and costly concern for organizations that invest heavily on research and development to develop new products, technologies, or novel strategies to compete in the global marketplace. The Commission on the Theft of American Intellectual Property (IP Commission) estimates that the theft of trade secrets costs U.S. industry as much as $540 billion annually. On top of this, there are many laws regulating the security and proper handling of sensitive information in the custody of manufacturers and other organizations, including:

That’s just a small sample. The Code of Federal Regulations is packed with data management rules regarding security, handling, and access to digital records. Whatever it is your company makes, chances are there’s a federal agency telling you how to manage the data that you use to make it and run your business. That’s why managed file transfer (MFT) software is an important component in any comprehensive data management program. MFT ensures records are moved reliably and securely, and with complete auditability. That’s important in the event that something goes wrong, or there are questions that need answering.

How does poor data management add up to so much? When trade secrets are lost, it can mean an organization that spent millions on research and development is not able to capitalize on that investment with competitive products, resulting in a smaller than expected share of market and tighter profit margins. But there are other ways. According to the Ponemon Institute’s annual Cost of a Data Breach study, the average cost to U.S. companies is $8.19 million per incident when personally identifiable information (PII) is compromised. If a data breach violates the EU’s General Data Privacy Regulation, the penalties are €20 million (nearly $23 million) or 4 percent of annual revenue, whichever is higher. 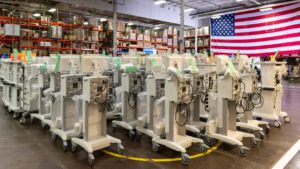 GE is one of the largest manufacturing companies in the world, with 210,000 employees and locations and operations in over 100 countries across the globe. GE is a well-run organization with ample resources to protect their sensitive data, but the incident reveals that complexity and interdependencies of their workflows still left them vulnerable, even if indirectly. If their data could be breached, your organization’s sensitive data can be breached as well.

Managed file transfer can be a vital piece of your data management and security program. And Coviant’s Diplomat MFT has been proven by thousands of customers and over millions of secure file transfers to be an effective, easy to way to secure and automate the file transfer process. Diplomat MFT simplifies file transfers and provides complete and total access to files, processes, users, policies, and events. Diplomat helps put IT directors at ease as our platform can help ensure data exchange is not only efficient, but complies with the applicable data protection and management regulations.

Diplomat MFT has earned multiple awards, including three Cybersecurity Excellence awards, (including best secure file transfer solution) and multiple accolades from Software Reviews, including multiple gold medals. You can try Diplomat MFT for free to see if it is the right fit for your organization. To request a demo or a free trial of Coviant for your manufacturing company click here.

← Prev: Data Protection in Government: Who is Watching the Watchers? Next: The NSA provides guidance on TLS configuration for Information Security →
Individual Administrator Accounts