Don’t Be the Victim in Your Own DIY Horror Story

I recently read a horror story that could have been written by Stephen King… if the King of Horror were an IT nerd.

The story’s protagonist was a systems engineer who worked for a small managed services provider with clients in government. He was the kind of person who exemplifies the phrase, “If you want something done, ask a busy person.” His employer relied on him for an outsized share of the responsibilities involved in keeping the lights on and meeting their obligations to their customers. As with many smaller businesses, he justified his labors by telling himself that he was part of a team; everyone was pulling at the same end of the rope, and he took pride in knowing he could be relied on. 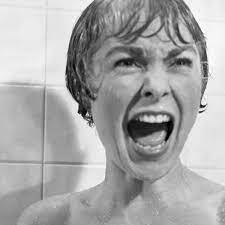 But everyone has their limit and needs a break to attend to personal maintenance, including spending time with family and recharging the mental batteries. Late in the summer he requested and got approval for a two week break around the holidays. As the date approached, he worked diligently to make sure everything was in order before leaving. He contacted customers to make sure there were no surprises, and “managed up” so that his boss was aware of everything before he left.

The day before the break was to begin, his boss walked into the man’s office with a disconcerting look on his face. There was an emergency with an important customer. He needed the man to cancel his plans and help fix the problem.

“My request was approved in July. I have a commitment to my family. Surely someone else can handle it?”

No dice. The problem involved compliance issues and working with a number of custom scripts that the man had written. There would be an audit if the issue wasn’t resolved by the end of the year, and no one else in the company was familiar enough with the solution to jump in and figure things out before the deadline.

“Why are they dropping this on us now? They had to have known about this before. And there’s no guarantee that I’ll be able to fix things even if I started today.”

It doesn’t matter. It’s one of our biggest clients and we can’t afford to lose them. Your vacation request has already been rescinded. This is an all-hands-on-deck situation. When you come in on Monday, join me in the conference room.

Stunned, the man’s shoulders sank forward. He picked up his cell phone to call his wife.

After hanging up, he turned his computer on, transferred all his personal files to a USB stick, wrote a letter of resignation, and scheduled it for delivery to his boss and human resources at 9:00am Monday. A sense of relief overtook him as he got up to leave. He realized that the esprit de corps he’d been motivated by for all those years was a lie. The chips were down, and his boss’ true colors were coming through, but rather than give in, he decided to move on. His skills were in demand; he knew he’d have no problem finding another job. Probably even a better one.

Let it Go to Voicemail

Monday at 9:01am, his phone began to vibrate. He smiled, sipped his coffee, and let it go to voicemail.

I can’t vouch for the veracity of this story, but it rings true. Certainly, the circumstances are common enough that it could have happened because, when you rely on do-it-yourself solutions, you put yourself in a precarious situation. Our hero could have resigned, been hit by a bus, or gotten lost in the wilderness and the results would have been the same. The custom scripts he’d written, that his employer relied on, and with which he alone was familiar, had become a liability. It’s likely that he’d taken the DIY approach to save a few dollars. But that’s a big gamble, and when you play long enough, the house always wins.

That’s why we shudder whenever we’re talking to a prospect who decides that managed file transfer is a simple enough process and decide to do it themselves. With an O’Reilly book and a little trial and error they wager that they can cobble together some scripts to do the job and save a dollar or two. Which works out well… until it doesn’t.

Coviant Software developed Diplomat MFT to be secure, reliable, and easy to use. And we offer it at a price that makes sense. When you consider that those “free” scripts took time that someone got paid for, and when you consider the risks and costs associated with a data breach should something go wrong, why not invest in a product developed and improved over nearly two decades to include everything you need to safely send, receive, store, and retrieve your most sensitive files?

Try us free for 15 days. See how easy Diplomat MFT is to use, and don’t be the victim of a horror story of your own writing.

← Prev: Take a Walk Down Main Street: The Local Gas Station-Convenience Store Next: Is PGP Dead? 10 Answers to Your Questions about PGP Encryption →
Individual Administrator Accounts